I originally posted this to the Icinga forums in 2019 and have since updated it for this blog. Because of this, the latter portion of the guide is targeted at getting Graphite working with Icinga. The original post is here.

With a lot of outdated documents on how to get Graphite working properly, I figured it would be good to provide something up to date and relevant for the latest batch of enterprise Linux operating systems, but also using virtual environments to make it usable on anything with recent versions of Python.

This article is targeted at the new standardization of python3.6+, and we're using py-venv to avoid any distribution specific caveats that might keep the latest version from running. This has been tested on RHEL8, Debian 10, and Ubuntu 20.04.

For this demonstration, we will be using the following:

If you're completely new to Graphite, it's like this: Carbon is the actual time series database, Graphite is a web portal that sits in front of it. Whisper is a storage file format in which Carbon houses metrics. There are other options for a Carbon backend, but this is the one that's part of the project.

I'm choosing to do this with a carbon-relay to get your feet slightly damp with Carbon clustering. A carbon-relay just routes incoming data to various cache daemons which handle the actual work. You can add as many carbon-cache daemons as you like, and it's not unusual to use one per server core on dedicated Graphite servers. You may wish to explore more advanced setups with aggregation in the future if you find yourself housing 32TB of graph data.

Although the instructions here will be applicable to anything with systemd and python3.6+ going forward, you'll need to have the necessary things for the toolset to build. If you're on something esoteric, I assume you can handle this step.

And an unprivileged user to run this.

Now let's get into our environment. Using activate as your bash source will set up the necessary environment variables for your contained instance of python.

We're going to use pip to install everything. Graphite/Carbon have some set expectations on where everything should be installed, so we'll be specifying that explicitly.

It's good to read through this entire config file. You'll learn a lot about how Carbon works. We need to cover a few pitfalls though that relate to a clustered setup.

We are going to REMOVE the following lines. This is because these are aimed at a single carbon-cache daemon running and not multiple. This will be repurposed elsewhere.

Safety first! Change this to true.

There is a URL here for Graphite so that it and Carbon can make friends. Later on when we prepare the local_settings.py for Django, you might add a URI to the end. In this example, I have used /graphite for my server, and the default Gunicorn port of 8000 is mentioned.

Okay, so there's our default carbon-cache config. Next is to create specific configs for each carbon-cache daemon. Try this:

This is why we removed those lines earlier.

Now it's time to configure our relay. You may have noted the LINE and PICKLE protocols mentioned earlier. These are two ways to ship data to Carbon. Icinga uses LINE, which is plain text and less efficient. In this case, our relay is going to receive on LINE, but route to the cache daemons using PICKLE.

The "consistent-hashing" value below tells Carbon to equally distribute responsibility across the cache daemons. This is for a simple Graphite setup where we just have one database and need more resources for writing to it. For sharded or redundant Graphite servers across multiple nodes, there is plenty of that in Graphite's official documentation, and if you're reading this, you are so not ready.

Let's setup our relay section at the end like this. You can adjust to your liking as you learn more about Carbon.

If you suddenly have carbon-relay hitting 100% CPU:

If the amount of data you're shipping to Graphite is considerably large, you might hit resource contention and the carbon-relay will start struggling with what to do with the data it needs to route to the cache daemons. If so, increase these values. Their default settings are actually pretty low, but on systems with plenty of memory and SSDs, you can crank these up.

Anyway, onto our schemas.

PAY ATTENTION FOR A MINUTE

Something that you'll find a million forum hits for if you google it is "I'm only seeing x days of graph data!" When setting up the following config file, FIRST MATCH HITS. I made this mistake when I was new, too. Don't feel bad.

It's time to setup our storage aggregation for Icinga. Copy the following example file to get started.

Let's add our regex patterns for Icinga time series. The format for retentions should be relatively obvious.

So here I've said all host checks (typically just pings) should house 5 minute time intervals for 4 weeks. Services should hold 5 minute intervals for up to 12 weeks, 15 minutes for up to 26 weeks, and 30 minutes for up to a year. If you have a very large infrastructure, expect a terabyte to disappear as soon as you turn this on. If you left WHISPER_FALLOCATE_CREATE set to true, it's going to claim all the space it needs within the hour.

This config file is to specify how we want it to shove our data backward. Here's an example from mine:

Let's break this down, bottom to top:

aggregationMethod can be average, sum, min, max, or last. In my case, I have it averaging out the data points as they move from 5m to 15m.

xFilesFactor describes what to do with null values. This is a floating point number from 0 to 1. The default is 0.5, so if one time period has less than 50% of the time points defined, that becomes null as it moves backward. This often isn't ideal. In my case, I have a lot of 1m intervals set for checks that only run every 5 minutes. I like this because when it starts doing the retries in soft state, I get a more detailed view of what's going wrong. If I used 0.8, my graph would just disappear the second it aggregates. By setting it to 0, I'm saying that I don't care how few of the time points are used, if there are any, do something with it. 0.1 is another good option.

pattern is a regex just like in storage-schemas.conf. If you have some checks you'd rather take a different approach to xFilesFactor or aggregationMethod for, go ahead and create more blocks above this one.

Graphite is a Django app. As such, there are standard ways of configuring your database and authentication methods. For the sake of the tutorial, we are going to blindly accept the defaults, and I'll defer you to resources for moving out of staging after you have a working setup.

Let's dig into our Django config. We'll cover a few settings worth overriding the defaults at this stage.

Make up some garbage for your secret key for hashing. The longer the better.

In our example carbon.conf earlier, we specified this URI. This will be addressed in our nginx.conf as well. We're leaving off that trailing / though.

This by default isn't expecting multiple cache daemons. add as many as you created.

This should be enough to get you started here. Definitely adjust to your needs once Graphite is working. Let's get our config for gunicorn ready.

You shouldn't even need to mess with this. Let's move on with our lives. One last step is to run Django's database migration feature.

If you have selinux enabled, you'll need to do this as root for later:

If you're one of the last hold outs on systemd, I'm going to assume your skills at writing init scripts are wicked good and you don't need my help.

From your virtualenv, type env on the command line to get details about the environment. We'll use this in our units.

Enter /etc/systemd/system as root and let's create these files.

If you're new to systemd units, the @ method is for passing an instance id to a service so that you do not need redundant init options in cases such as this.

If you made more than 2 carbon cache daemons, include them as well.

If you're reading this document for another platform, skip to their manual at this point. Carbon is likely already making metrics for itself, but we want to feed it something useful.

We're not going to be pointing Icinga at Graphite, but rather at Carbon. That line connection we made on the carbon-relay is going to disburse this to the daemons.

Let's get things ready to go. On the server running Icinga:

We're going to add an entry like so. Replace the address either with your graphite server or with 127.0.0.1 if Icinga is running on the same server.

Now let's verify that our whisper files are generating correctly. Navigate into /opt/graphite/storage/whisper/icinga2 and drill down until you find a .wsp file for a given metric. We can use the whisper-info.py script to view the file's metadata.

Here we have retentions of 5, 15, and 30 minutes, just like in my storage-schemas.conf, as well as an xFilesFactor of 0, like the storage-aggregation.conf shown earlier. These files have created correctly.

If you ever find yourself needing to change these values, simply changing the config and reloading carbon will not solve the problem. See whisper-resize.py for more information.

If it seems like some metrics are not populating, check to see if carbon-relay is using 100% cpu and return to that section of the tutorial.

You don't actually need nginx even setup at this point. Icinga will get what it needs directly from Gunicorn.

In icingaweb2, navigate to configuration > modules > graphite and click the reload icon to enable.

Enter the URL and the credentials if necessary (we didn't go over auth methods in this guide). In this case, we're pointing it directly to the IP address and port 8000, which is what Gunicorn is serving on.

You should now see graphs in Icinga, like this one showing what happens when I run portupgrade on my webserver:

Well, you probably want to actually be able to use Graphite in its original intended capacity. Or not. Some people install the API-only version and use Grafana. You should look into Grafana, it's pretty awesome.

You're going to want to add the following to any server {} block that is relevant. This isn't meant to be a tutorial on nginx, so if it thus far isn't something you're using, just shove this in the default server block in /etc/nginx/nginx.conf

A few things to adjust accordingly, set "proxy_pass" to the gunicorn url, and make sure to have the trailing / as this is how Django "views" are standardized. The allow/deny settings I provided are an example and not required. In this example, I'm saying allow this particular IP subnet at my company, and deny everyone else.

Now go to http://yourdomain/graphite/ and make sure you can view all elements.

Moving out of your test environment

So we really didn't bother to secure anything here. I didn't even give you advice on how to manage your firewall (because I don't know if and what one you're using). Depending on what in your network is exposed where, you may have some holes to close before you start running Graphite in production. Here are your jumping off points:

These settings are Django specific and defined in local_settings.py. Graphite's own documentation doesn't have much to say. Check here:
Settings | Django documentation | Django

Same goes for using a database other than sqlite.
Databases | Django documentation | Django

Encryption between Carbon and Icinga

Note the following from the example config:

It isn't easy to reuse a LUKS encrypted LVM in Debian's installer. Let's do it anyway. 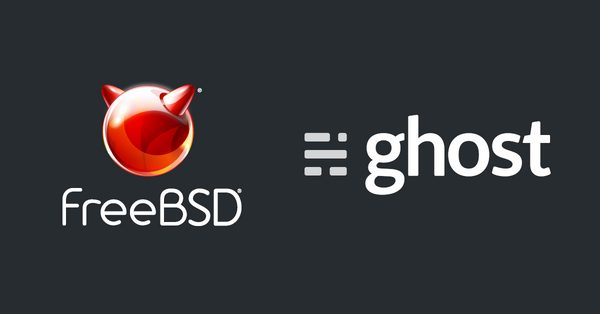 A guide to installing Ghost on FreeBSD 12.1 from scratch.